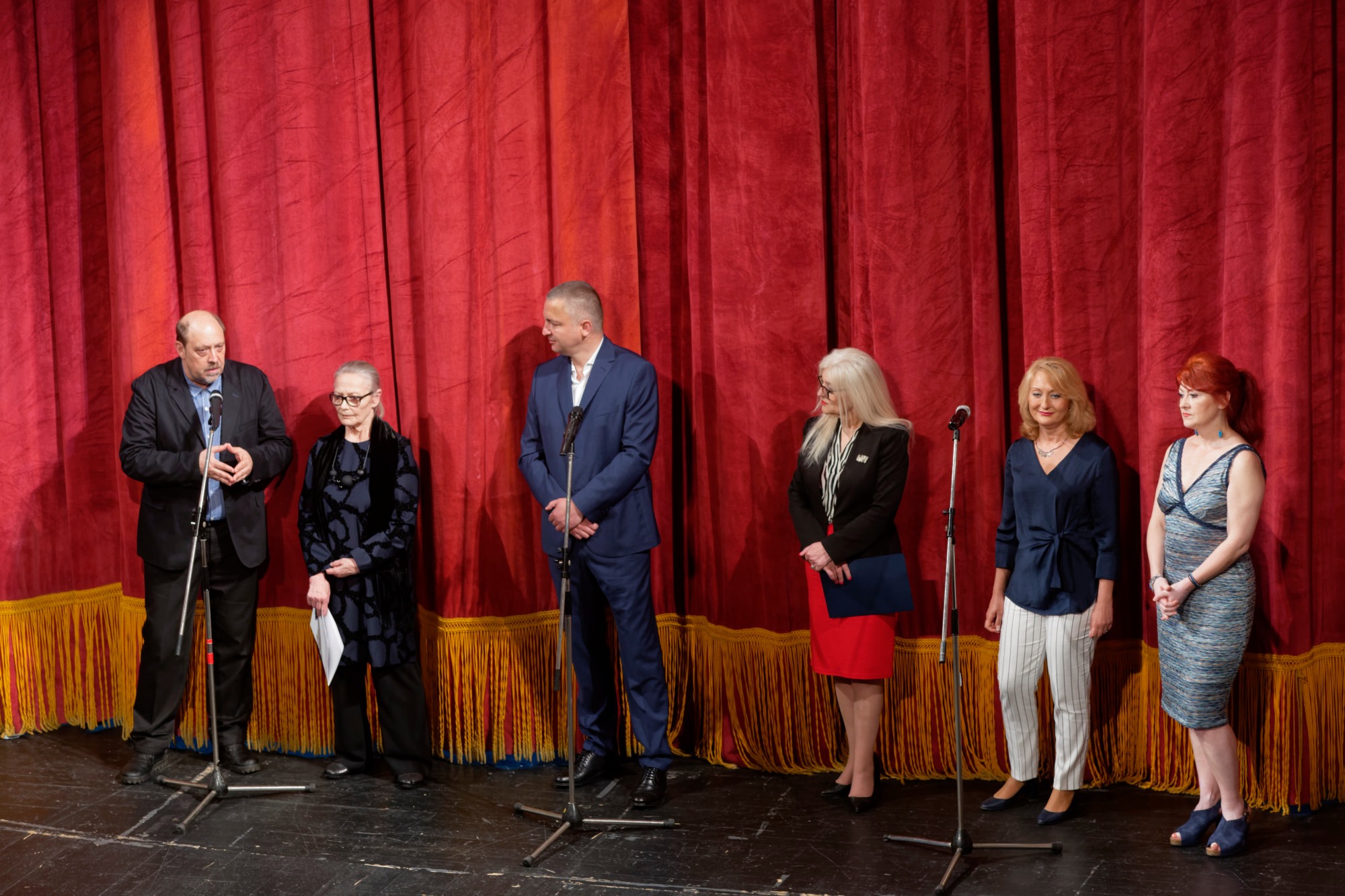 On June 1st, the 27th edition of the Varna Summer International Theatre Festival was officially  opened on the stage of Drama Theater in Varna. On behalf of its organizer, Via Fest Foundation, Tsvetana Maneva and Nikolay Iordanov thanked their partners and the audience, which has consistently given meaning to the existence of the festival over the years. The mayor of Varna, Ivan Portnich, announced on the stage that three major Bulgarian actors, who have contributed to the theater life in the city – Stefan Mavrodiev, Iriney Konstantinov and Vladimir Penev, will be awarded honorary plaques by the mayor on the occasion of their anniversaries. Elyanka Mihaylova, Director of the Performing Arts and Art Education Directorate at the Ministry of Culture, read a greeting address from Minister Boil Banov. “One third of the history of the Varna theater is connected to the Varna Summer International Theater Festival, which has always set a high benchmark”, said Daniela Dimova, director of the Theater and Music Producing Center in Varna, main festival venue. She reminded the audience that the Drama Theater is anticipating and preparing for the celebration of its 100th anniversary in 2021. The artistic director of the host theater Veselina Mihalkova also wished ‘Good  Luck’ to the festival. The festival was opened with the performance “An Attempt at Flying” of the National Theater, and afterwards the artists from the Fire Theatre Mime Company created a fairy-tale atmosphere in the central square of the city with the light street show “The Night of White Horses”.

35 events of theatre, dance, music and screenings offers the artistic programme of the festival from 1 till 11 June. 20 international theatre professionals from 13 countries attend the Bulgarian Showcase programme that takes place from 3rd till 8th June.