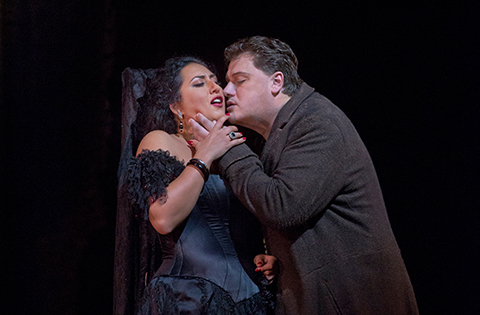 Richard Eyre’s “gripping and brilliant production” of Carmen (The New York Times) is the most popular opera in the history of the Live in HD series. Anita Rachvelishvili sings the title role of the seductive gypsy, a part she has sung to acclaim at many of the world’s leading opera houses. Aleksandrs Antonenko sings the obsessed soldier Don José, rising soprano Anita Hartig sings Micaëla, and Ildar Abdrazakov is the toreador Escamillo in this performance, led by Spanish conductor Pablo Heras-Casado. Georges Bizet wrote „Carmen“ based on the famous novella of the same name by the French writer Prosper Mérimée. Eventhough it was a failure at its first presentation in Paris, because it was deemed too “indecent”, today it is considered to be among the greatest achievements in French music from the second half of the XIX century.