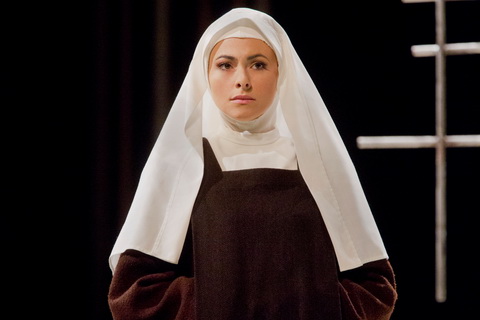 Francis Poulenc’s opera is among the most successful modern operas which are often put on the stage. It is based on texts by Georges Bernanos. Its premiere took place at La Scala in Milan in 1957. Sung in Italian it was a triumph among spectators and critics. The same year “Dialogues des Carmélites” was presented in French in Paris and in English in San Francisco.

The plot takes us back to the times of the French revolution when 16 Carmelite nuns from Compiègne had been sent to the scaffold. The dramatic story of faith and martyrdom is strengthen by Poulenc’s exceptionally powerful music. The moving arias for female voices and the rich score make the opera one of the most popular titles in the repertoires of some of the world’s most prestigious venues.

“Dialogues des Carmélites” is, above all, a dialogue with the soul of the spectator” (Valeriy Kichin, Rossiiskaya Gazeta)