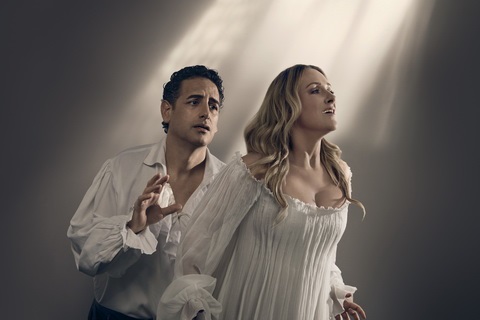 165 years ago Verdi’s opera based on the play “La Dame aux Camélias” by Alexandre Dumas fils was a big failure on its premiere in Venice. Later on it turned into one of the most loved operas ever. The main role of Violetta, “the fallen woman”, is considered among the top roles of the soprano repertoire due to its huge demands in terms of dramatic acting and singing.

Following the success of the famous staging by Willy Decker (in which the Bulgarian star soprano Sonya Yoncheva also took part) this season the Met offers to its audience a new spectacular production by the director Michael Meyer. It features an impressive set design, which will transport the spectator in the XVIII century and will be changing with the seasons.

Diana Damrau, as Violetta, is breathtakingly controlled in her singing and dramatically outstanding (Leonard Lopate, WNYC)