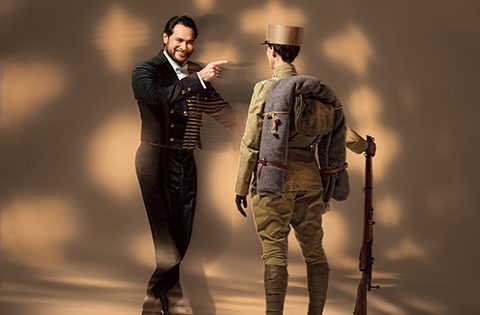 James Levine conducts a new production of Mozart’s Le Nozze di Figaro starring Ildar Abdrazakov in the title role and directed by the celebrated theatre and film director Richard Eyre, world-famous through his movies such as “Iris”, “Notes On A Scandal”, “The Other Man”. Eyre’s production of the opera, in which the romantic bonds of a wealthy married couple and their engaged servants are tested over the course of one very eventful day, is set in a stately manor in 1920s Seville. The cast also includes Marlis Petersen as Figaro’s quick-witted bride-to-be, Susanna; Peter Mattei as their employer, Count Almaviva; Amanda Majeski as Almaviva’s wife, the long-suffering Countess; and Isabel Leonard as the boisterous page Cherubino. “A swiftly paced, playful evening… Eyre skillfully built the comic ensembles to climaxes that made you laugh out loud… A happy Marriage at the Met.” (Wall Street Journal)