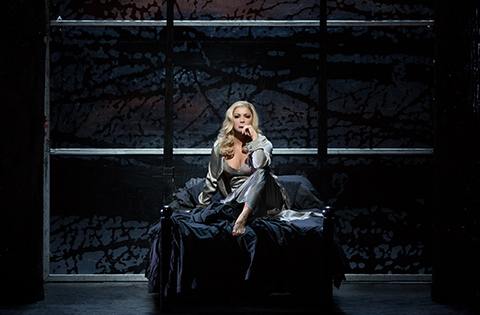 The Live in HD season begins October 11 with Verdi’s Shakespearean tragedy, starring Anna Netrebko in the vocally and dramatically demanding role of Lady Macbeth. Adrian Noble’s acclaimed 2007 production, conducted by Fabio Luisi, also stars Željko Lučić in the title role, Joseph Calleja as Macduff, and René Pape as Banquo. “Macbeth” was the first Shakespeare play that Verdi adapted for the operatic stage. Shakespeare’s plays provided Verdi with lifelong inspiration and he wrote his two final operas based on them – “Otello” and “Falstaff”. “This was Ms. Netrebko’s night… She is a soprano with star power in the best sense, a charismatic expressivity that pervades every element of her performance.” (New York Times)