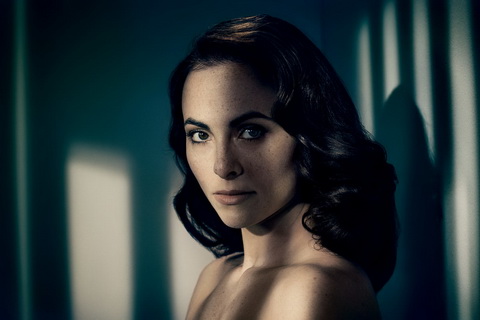 Marnie is a mysterious beautiful woman. She is the eponymous main character of the psychological thriller written by Winston Graham. She steals from her employers, disguises herself under various identities and slowly turns into a victim, who is forced to face the traumas of her past. Alfred Hitchcock, one of the great masters of the thriller, was also intrigued by this plot and in 1964 turned it into a movie starring Tippi Hedren and Sean Connery.

Commissioned by the Met the young composer Nico Muhly turns Marnie’s story into a contemporary opera. This is going to be the second opera in the career of the 38 years old American composer who had studied composition with John Corigliano and has worked with music celebrities such as Bjork and Philip Glass. Muhly often creates music for theatre and film and among his most famous are the soundtracks to the film “The Reader” (2008) and the mini-series “Howards End” (2017). For the operatic rendition of “Marnie” Muhly dubs each character with a musical instrument. The chorus is also of importance – at times singing in Renaissance style, at others in oratorical manner.

“Marnie”’s world-premiere took place in 2017 at the English National Opera. For the staging at the Met the leading role is entrusted to the charming young star of the opera – the mezzosoprano Isabel Leonard.

The score has passages of undeniable beauty. (Tim Ashley, The Guardian)