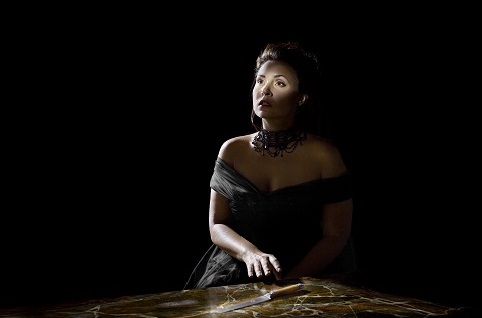 During this season the Bulgarian star soprano Sonya Yoncheva will take part in three projections from the Met. Such a thing happens for the first time ever in the history of the Met Live in HD transmissions.

After Gilda, Mimì, Desdemona and Violetta, the role of Tosca is the next high aim on the Met stage of the young singer. For Yoncheva the premiere on New Year’s eve will be her debut in this role. Her partners on the stage will be much loved and anticipated by the audience singers: Vittorio Grigolo sings Tosca’s beloved Mario Cavaradossi and Sir Bryn Terfel performs as the villain Scarpia.

The melodramatic story of the jealous prima-donna and her beloved – an idealistic artist, and the interfering sadistic chief of police, who brings about the tragic ending, has been enthralling the opera lovers ever since 1900. Puccini’s music is a perfect example of the verismo style, with its short arias and use of parlato – words, which are being uttered, instead of sung, at moments of great climax.

Each of the three acts takes place in Rome which could be visited today. “Everyone has an expectation of what that Act 1 set, that church, the basilica of Sant’Andrea della Valle should look like, because so many people have been there to see it”, admits the director David McVicar and shares that from the very beginning of “Tosca” Puccini’s music requires some sort of visual grandeur, which his production team aims to create one the stage.

On the photo: Sonya Yoncheva as Mimi