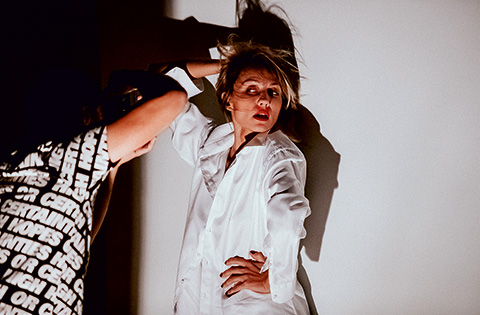 CHILDREN OF THE SUN

Written during the abortive Russian Revolution of 1905, Maxim Gorky’s brilliant darkly comic “Children of the Sun” depicts the new middle-class, foolish perhaps but likeable, as they flounder, philosophize, and yearn for meaning, all while being totally blind to their impending annihilation. Multi-award-winning director Timofey Kulyabin’s modernized production, set in 1999 at Stanford University, focuses on the interplay between the characters, the relationships formed and broken, sparring over culture and the cosmos, barely sensing that their own privileged world is in jeopardy.

For the third time, the World Theater in Sofia platform presents a performance by one of the most interesting and recognized Russian directors throughout Europe today – Timofey Kulyabin ​ (Three Sisters, Onegin)

In Russian with Bulgarian and English subtitles.