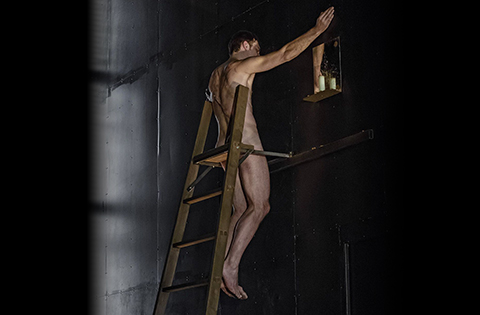 With surtitles in Bulgarian.

His name stands for betrayal. Everybody vilified him for a whole millennium. Without his betrayal and “that” kiss Christianity might not have become one of the great world religions. In each epoch there have been speculations about Judas and his motives. Two millennia later, time comes for him to have his say. In the last attempt to tell about his deed from the human point of view he raises the question of whether there is a Judas in each of us? The superb text by the contemporary Dutch author Lot Vekemans mercilessly unravels mankind’s inclination to make up heroes by their opposite. The text was taken up by one of the great figures of contemporary theatre, Johan Simons, who has been, for several years now, defending the name of Münchner Kammerspiele headed by him as a leading European stage. “Johan Simons as a truly free spirit has directed Steven Scharf in the centre of a theatre installation that captivates from the very first moment,” German newspaper “Süddeutsche Zeitung” wrote about the performance. Steven Scharf’s enthralling acting earned him the prestigious Gertrud-Eysoldt-Ring award in 2013.

On 15 June, from 9:30 to 12:00, a round table will be held at Goethe Institut on the topic: “Judas’ Gospel and Its Theatre Version.” Working languages: Bulgarian and German. Free entrance.

The presentation in Bulgaria is presented in cooperation with Goethe Institut.