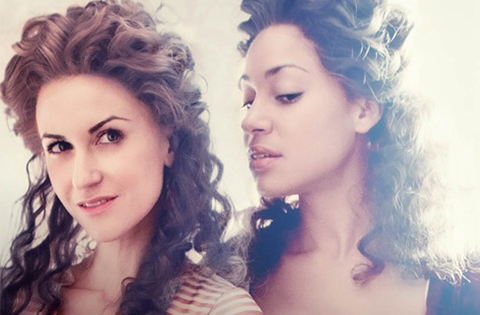 SHE STOOPS TO CONQUER

British Council Bulgaria and Cinema City present in the frame of World Theatre in Sofia “She Stoops to Conquer” – a hit performance of the National Theatre in London which the audience in Sofia will be able to watch broadcasted live over satellite. 5 STARS ‘Goldsmith’s tightly plotted play seems wonderfully youthful in this fizzy production.’ Evening Standard 5 STARS ‘A joyous spectacle.’ Sunday Telegraph 4 STARS ‘A delight.’ Independent 4 STARS ‘Leaves the theatre echoing with the sound of the audience’s happiness.’ Guardian 4 STARS ‘A great night of high English comedy.’ Daily Telegraph 4 STARS ‘Played with lip-smacking relish.’ Financial Times 4 STARS ‘A sparkling revival. Riotously comic performances…’ Sunday Times 4 STARS ‘A rollicking fantastically funny production.’ Sunday Express 4 STARS ‘Gloriously funny.’ Mail On Sunday To come to my house, to call for what he likes, to turn me out of my own chair, to insult the family, to order his servants to get drunk, and then to tell me, “This house is mine, sir”. By all that’s impudent it makes me laugh. Hardcastle, a man of substance, looks forward to acquainting his daughter with his old pal’s son with a view to marriage. But thanks to playboy Lumpkin, he’s mistaken by his prospective son-in-law Marlow for an innkeeper, his daughter for the local barmaid. The good news is, while Marlow can barely speak to a woman of quality he’s a charmer with those of a different stamp. And so, as Hardcastle’s indignation intensifies, Miss Hardcastle’s appreciation for her misguided suitor soars. Misdemeanours multiply, love blossoms, mayhem ensues. This little barmaid though runs in my head most strangely, and drives out the absurdities of all the rest of the family. She’s mine, she must be mine, or I’m greatly mistaken. One of the great, generous-hearted and ingenious comedies of the English language, Goldsmith’s She Stoops to Conquer offers a celebration of chaos, courtship and the dysfunctional family. Photo (Katherine Kelly and Cush Jumbo) by Oliver Prout.