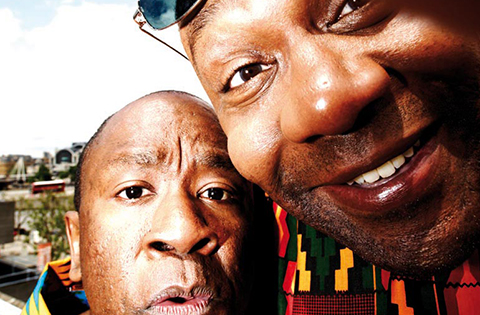 THE COMEDY OF ERRORS

British Council Bulgaria and Cinema City present in the frame of World Theatre in Sofia „The Comedy of Errors” – a hit performance of the National Theatre in London which the audience in Sofia will be able to watch broadcasted live over satellite. Shakespeare’s furiously paced comedy will be staged in a contemporary world into which walk three prohibited foreigners who see everything for the first time. Two sets of twins separated at birth collide in the same city without meeting for one crazy day, as multiple mistaken identities lead to confusion on a grand scale. And for no one more so than Antipholus of Syracuse and his servant Dromio who, in search of their brothers, arrive in a land entirely foreign to their distant home. A buzzing metropolis, to the outsiders it appears a place of wonderment and terror, where baffling gifts and unexplained hostilities abound. Am I in earth, in heaven, or in hell? Sleeping or waking? mad or well advised? Known unto these, and to myself disguised! Consistently recognised by strangers, the visitors question their very selves as the turmoil escalates. Meanwhile, Aegeon, father to the Antipholus twins, has been captured searching for his sons and, as an illegal immigrant, is sentenced to death at sunset. Do you know me, sir? Am I Dromio? Am I your man? Am I myself? The brilliant comedian Lenny Henry plays Antipholus of Syracuse.