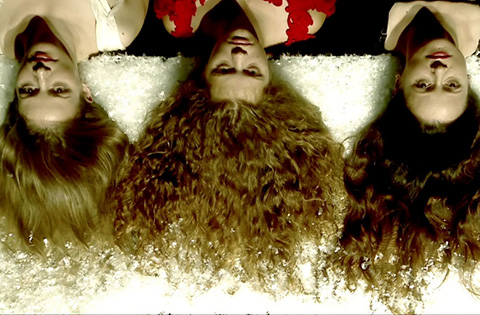 TO BE CONSUMED BY LOVE – ENDRE ADY’S WOMEN

Madách Theatre’s brand-new streamed film-play evokes perhaps the most loving period of the aging Endre Ady’s (1877-1919) life, in which we can learn more about the Hungarian poetic giant in the intimate emotional web of his legendary loves.

Four people.
A self-destructive man in his mid-30s – beaten with genius and blessed with true ingenuity.
A worldly dame in her early 40s who is tormented by the slow passing of her beauty.
A cheerful, freshly divorced young woman in her mid-20s.
A miss who turns from an immature teenage girl into a purposeful adult woman.

The love square that emerges between them suggests a dramatic situation in itself, but their story is even more exciting when we know they are real people. The heroes of Krisztián Nyáry’s film-play are Endre Ady and his three defining lovers, Adél Brüll, Zsófia Dénes and Berta Boncza – or as the poems have retained their names: Léda, Zsuka and Csinszka.

The texts uttered are accurate quotes from the characters’ original letters, diaries, recollections, poems by Endre Ady, or recollections from contemporary witnesses. The story is set in Paris, Monte Carlo, Budapest, Lutry, Florence, Mariagrün, Cluj-Napoca, Csucsa and Érmindszent between 1909-1915.

About the Streamed Film-Plays of Madách Theatre, Budapest

During the pandemic era, Madách Theatre – one of Hungary’s leading repertory theatres –ventured into film-making, turning its studio theatre space into a fully-fledged TV studio. The Theatre soon started producing so called „streamed film-plays” – a special format merging the art forms of theatre, TV and cinema – under the programme title of „Madách SzínpadON”, which have been very well-received by audiences both from Hungary and abroad.

In 2022, Madách Theatre focuses on producing a series of streamed film-plays about the lives and lovers of internationally acclaimed Hungarian literary figures. These are brand-new works written for the screen by contemporary Hungarian authors using excerpts of the said authors’ letters and other biographical and historical documents, and featuring leading Hungarian actors and actresses.

The production is not appropriate for children below 16.

The presentation of the productions is supported by the Hungarian Cultural Institute in Sofia.