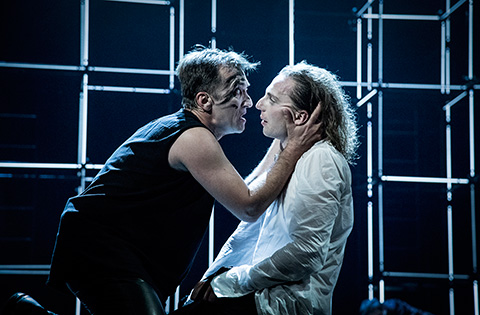 Peter Shaffer has won acclaim for his masterful portrayal of complex and dual characters who wander between mediocrity and genius, fiction and verisimilitude, god and man. The portrayals of Mozart and Salieri in “Amadeus” are the most vivid examples of this.

“Amadeus” presents a fictionalized version of the lives of these two famous musicians. In it, Mozart is a remarkably talented young composer who finds a fierce rival in Antonio Salieri. Hating Mozart for his hedonistic lifestyle, which he feels is not in keeping with his undoubted talent, the intensely religious Salieri gradually becomes obsessed with his desire to destroy him, leading to a treacherous plan. In his reading, director Stayko Murdzhev concentrates on the psychological depths of the characters in a stylish production with powerful performances.