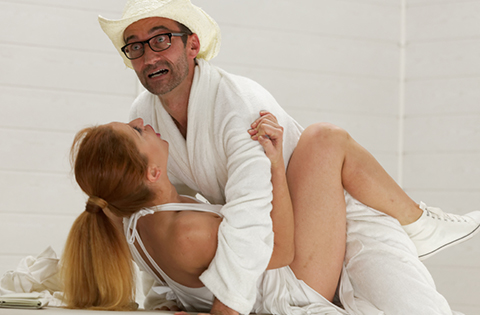 Jordi Galceran is one of the most sought-after contemporary Catalan playwrights and “Cancun” is among his most popular plays. It is named after the famous resort, the jewel of the Caribbean, “heaven on earth.” Galceran settles there two couples who decide to experiment with each other and change partners. Everyone of them plays with the idea of what could have happened had (s)he made a different choice some time ago. Fiction and reality merge into an explosive mix of humor and horror. Reality, black comedy, family drama or psychological thriller: the turbulent experience of the performance inimitably drags the spectators into its parallel worlds.