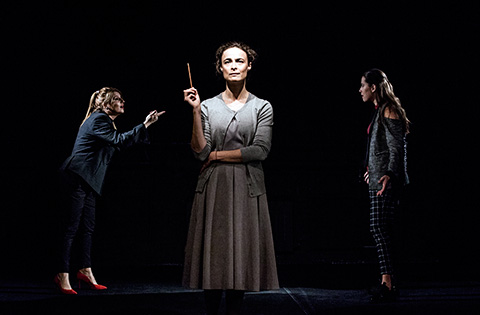 In the form of a dark and lyrical comedy “Chaos” tells the stories of three modern women. Sofia is a teacher whose school is being closed. Julia, a therapist, is having an affair with a patient. Emmi is a reporter in the middle of a custody battle, prone to sudden fits of fury. Over the course of one winter and spring, their lives are completely shaken up, making them feel like they’re losing control. They realize that they have to do something. The three draw strength from their friendship and find a place for humor even in the most hopeless situations.

“Chaos” is a witty comedy from 2008, a hit in the repertoire of Theater 199. Its author Mika Myllyaho is among the leading Finnish playwrights and is also the director of the Finnish National Theatre. The play is staged with a sense for the playful and comic by director Mariy Rosen. In the performance, the action takes place cinematically – in different places, at different times and with the participation of many episodic characters, all of which must be played by the three actresses in the three main roles.