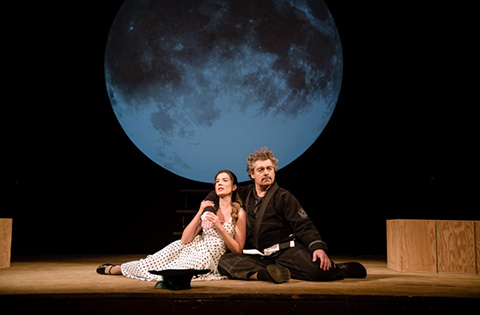 Edmond Rostand’s romantic play “Cyrano de Bergerac” has triumphed on theatre stages for more than a century. Its hero is one of the most compelling characters in world drama, legendary for his nose – as big as his heart. His grotesque exterior contrasts with the gentle impulses of his poetic soul, but he dares not reveal it to Roxane, with whom he is hopelessly in love.

Presented in brilliant verse, director Stoyan Radev’s stage version retains both the freshness of the play’s humour and the beauty of its language. The inimitable Kamen Donev embodies the vivid image of Cyrano – the brazen scoffer with sarcastic jabs for those who deserve them, but also with a beautiful soul hidden behind the mask of self-irony. A performance that contains everything a show needs – energetic acting, singing, dancing and high poetry.