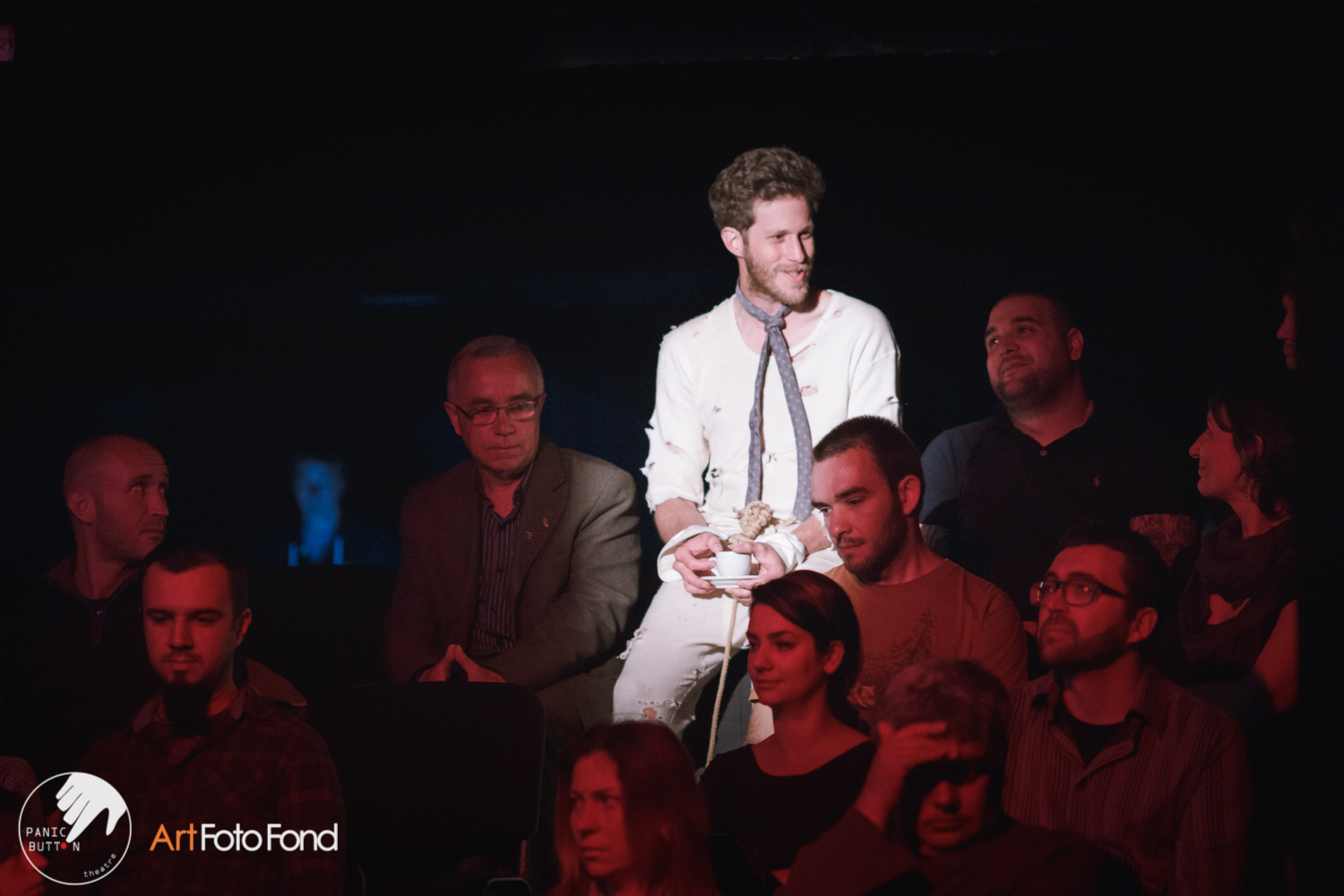 A foreigner is trying to express himself in a language he does not speak before an audience of strangers. A mysterious, ever transforming woman “gets on his nerves”… The characters in this play penned by the actors themselves are in a quest of “who am I?” and “what makes the world go around?”. In their actions they are led (or stopped) by a sense of guilt, loss, panic. “Dissonance for Two Artists” happens as an act of sharing. A mix of fragments: dreams, childhood memories, and artistic obsessions. In it the US actor Nathan Cooper studies himself in a new reality: his stay in Bulgaria as a father, a husband and a freelance artist. And the Bulgarian actress Bogdana Kotareva engages in a dialogue with his experiences by introducing her background of an artist who studied and worked in France and then returned to her homeland and who now attempts to see and get herself inscribed into the the local theatre realities. The autobiographical element in the performance is attractively nuanced by dance, object theatre, improvisation. A beautiful visual narrative inspired by the idea of the flexible conditionality, matter and setting in dreams.

With surtitles in English.

A project co-funded by Sofia Municipality’s 2016 Culture Programme and launched with the financial support of America for Bulgaria Foundation via the Bulgarian-American Exchange Program for Theatre administered by Art Office Foundation. Supported by ArtPhotoFond of Zdravko Yonchev Photography.