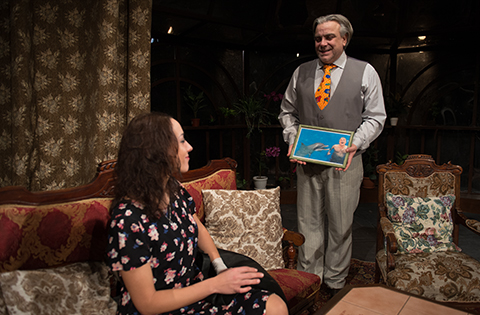 The play “Family Album” is the playwriting debut of the famous actor Malin Krastev. Written in 1997, it was not until now that it had its premiere directed by its author. Sis and Poni are two brothers living together after the death of their parents long ago. Their everyday relations are soaked with monotony and boredom of their co-existence, which is often manifested in meaningless arguments. One morning a young woman comes to their house in to find shelter from the pouring rain. An interesting situation ensues among the three of them evoking the topics of loneliness, need of relation to another human being but even in the brief encounter the dream of closeness comes true and changes everything. The young woman, however, is not just a woman unknown, but has a secret to reveal.
Askeer Award nominations for best actor in a leading role (Gerasim Georgiev-Gero) and best contemporary Bulgarian drama