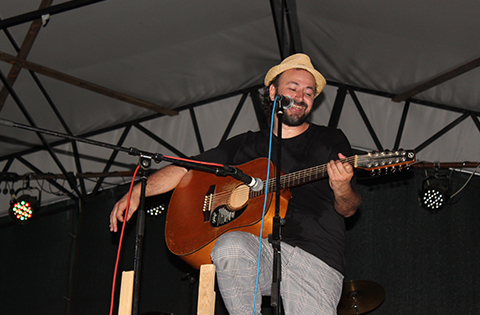 with the special participation Stefan Vulodobrev

in the program: Best songs from the Bulgarian and world’s pop music and selected Bulgarian films (100 years Bulgarian cinema), songs from musicals and others.

Once again the closing of the festival will be presented with a concert of “Ganchev band and friends…”. This year the festival is with the special participation of Stefan Vuldobrev. Well known in the Bulgarian popular music scene, he has written the original music for over 70 theater spectacles and 20 films. Together with his group “The usual suspects” he has created 10 music albums with songs and videos and four national tourneys. Stefan Vuldobrev has a fascinating cinema and theater career: one of his last performances is in the triology of the remarkable young playwright Yana Borissova and the world known director Galin Stoev.