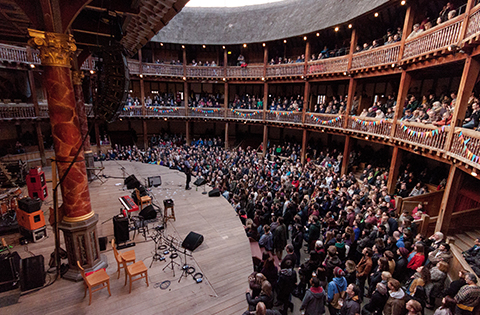 Learning of his father’s death, Prince Hamlet comes home to find his uncle married to his mother and installed on the Danish throne. At night, the ghost of the old king demands that Hamlet avenge his ‘foul and most unnatural murder’. Encompassing political intrigue and sexual obsession, philosophical reflection and violent action, tragic depth and wild humour, “Hamlet” is Shakespeare’s ‘poem unlimited’, a colossus in the story of the English language and the fullest expression of his genius. On the occasion of the 450th anniversary of Shakespeare’s birth, Shakespeare’s Globe Theatre undertakes an unprecedented theatrical adventure and embarks on a two-year global tour of “Hamlet” – ‘Globe to Globe Hamlet’, which aims at showing the production in every country in the world. The city of Varna is its single stop in Bulgaria. A unique theatrical experience! In English with Bulgarian surtitles.