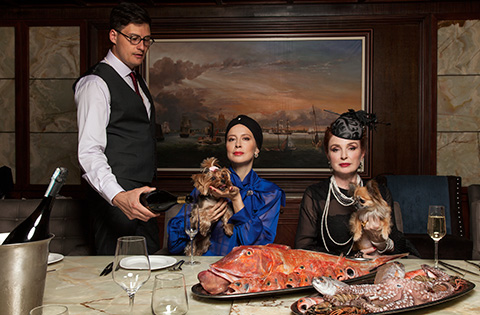 Set against the glamorous skylines of 1950s Manhattan, world-leading cosmetics entrepreneur Helena Rubinstein is locked in a power struggle with rivals Elizabeth Arden and Revlon.

From humble beginnings as a Polish-Jewish immigrant, this is the story behind one of the best-known faces in the world of beauty. But as her professional and family conflicts reach fever pitch, will the ghosts of a turbulent past topple one of the world’s richest businesswomen?

For her third staging as a director, actress Boyka Velkova chooses a bright new comedy about the conflict of a generation caught in the rift between the traditions of the past and the hopes for a new future. The play and the show introduce to the competitive world of successful business ladies, dedicated to their growth, full of life and striving for beauty. The role of Madame Rubinstein is played by Boyka Velkova herself and it ranks in the gallery of characters of strong women in her career.