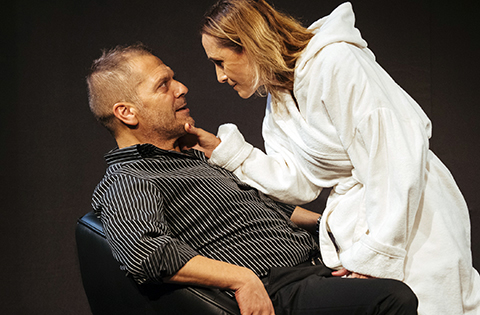 The winner of the Nobel Prize in Literature Harold Pinter wrote “Old Times” as a play about the whims of memory that turn the elusive past into a present adversary. It becomes the occasion for unleashing some tense battles with the feelings bordering on emotional “outbursts” skillfully overmastered by the experienced actors. The struggle for power and control is of the most elemental type and the weapons are sex and words, hints, embarrassment, awkwardness, discomfiture… There is no clear boundary between truth and lie, between reality and unreality. A performance that is staring at some aspects of human nature that can seem threatening, inexplicable and enigmatic at the same time.