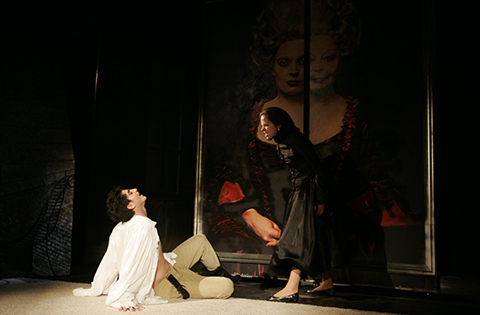 During her wild gambling years of her youth in Paris the countess known as the Queen Of Spades makes a deal with the Devil – count Saint Germain, about whom there are numerous legends, one being that he is a thousand years old and may live eternally. The deal is: the young countess wins a huge amount of money after she is told the three winning cards. After this victory she loses her passion for gambling… A dangerous game, a dark pact, huge winnings… all for a very high price. By including this modern theatrical version of Pushkin‘s classic story in its program ITF “Varna Summer” celebrates the 20th Jubilee of Small City Theatre “Off The Channel”.