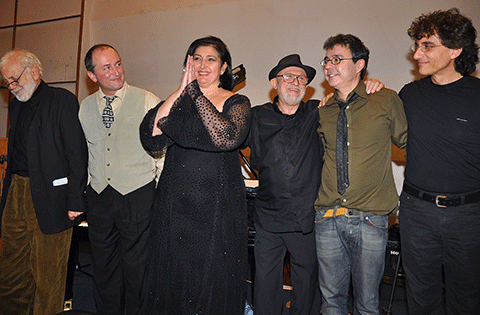 SONG OF THE CLOWN

Music for the plays: Caesar and Cleopatra – George Bernard Shaw, The Merchant of Venice – William Shakespeare, Twelfth Night or What You Will – William Shakespeare, The Circle of Chalk – Klabund – A dream play – Johan August Strindberg The project “Song of the clown” presents the theatrical music of the classic Bulgarian composer Pancho Vladigerof, written between 1920 and 1932 at the Deutsches Theater, Berlin for the productions of one of the geniuses of Expressionism, the director Max Reinhardt. The music is performed by the world famous jazz pianist and one of Pancho Vladigerof’s best students – Milcho Leviev. Charming soundscapes, in which the original is preserved in its organic environment, but finds new meaning and significance. A great richness of timbres, shades, strokes and rhythms.