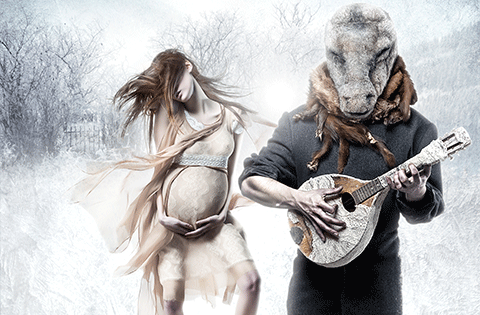 For a second time ITF “Varna Summer” includes in its program a performance by Radu Afrim – one of the most original and provocative young Romanian directors. In his theatrical language the visual signs of twenty-first-century are developed within an unusual relationship with the texts of classic and contemporary plays. The play by the Turkish playwright Tuncer Cucenoglu is a bitter metaphor for the pursuit of liberty, a cry for hope; it is a piece of fiction where the resemblance to totalitarian regimes is not at all accidental. Living under the menace of a monstruous avalanche, a village surrounded by mountains lies frozen for nine months every year in a deadly silence governed by harsh rules to ensure the community’s survival. Giving birth is only allowed in the remaining three months, as the screams during childbirth or those of the newborns could set out the avalanche. UNITER Award for best actress – Ana Ciontea.