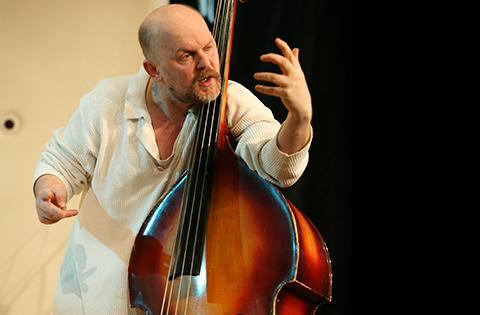 THE DOUBLE BASS (15 years on stage)

The one-man show “The Double Bass” is one of unusually long life. It was staged in 2000 and over the years the performance of Valentin Ganev, one of the leading actors of the National Theater, has won him a number of theater awards in Bulgaria and has travelled to more than 15 festivals in Europe and USA. It is based on the play by the German writer Patrick Süskind, which is in fact his literary debut followed by the bestsellers – “Perfume: The Story of a Murderer,” “The Pigeon,” “On Love and Death” and others.

“Süskind’s work is a score for a soloist and a double bass, a man and an instrument, an actor and an object. Valentin Ganev “plays out” that complex part with unexpected nuances and overtones.” (Kapital Weekly).