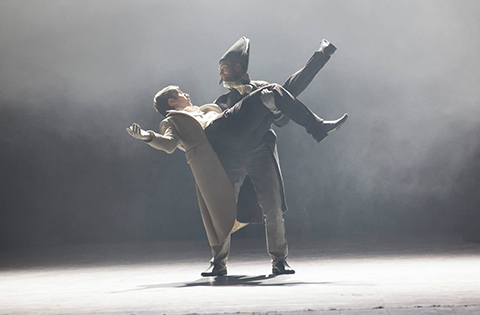 The news that a government inspector will soon be arriving spread in a provincial town. Headed by the Mayor all senior officials fervently think how to cover up their abuse and bribe the inspector. Their terror intensifies when they realize that a suspicious civil servant has already arrived from Petersburg… The inimitable Gogol said that the town of “The Government Inspector” is “a composite of all dark country.” In Plamen Markov’s performance it turns surreal. The director adds topical overtones by translating the text into contemporary slang.