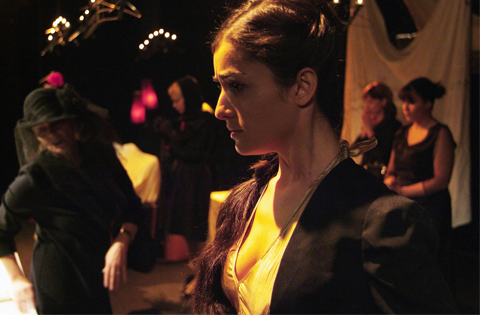 THE HOUSE OF BERNARDA ALBA

In the 90’s Vazkresia Viharova was popular for her interest in physical and anthropological theatre that made a name of her as one of the most avant-garde Bulgarian directors. She develops her style also as a co-founder and teacher at the Theatre department at New Bulgarian University. In the beginning of the new decade she declares “my hooligan period is over”.

The performance is a part of the national campaign against breast cancer.

In my previous attempt on “The House of Bernarda Alba” I fall into the “trap of the ritual” that was familiar to me and that I preferred then. In this attempt I am occupied by the “distance”, attracting and seducing me now. Why do I do this? Maybe to feel the power of existence at least till the resistance at the transformation is still valid. “The unbearable lightness” of playing as transformation of living. Lorka’s text plays at the 60’s and the 60’s plays at Lorka’s text.
Vazkresia Viharova, director

The characters in Viharovs’s staging turn into shifting sands. The passion here is put to double amplification. That is why the performance by Vazkresia Viharova and Zarko Uzunov is more than provoking.
Vera Gotseva, “Altera” Magazine