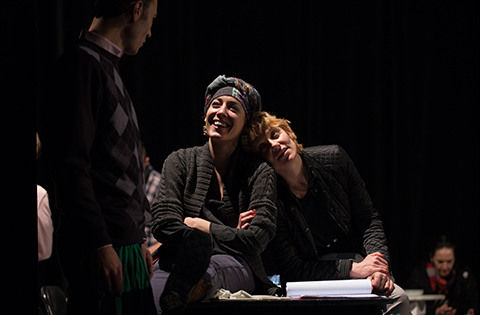 THE KITCHEN (70 Years of Youth Theatre)

The place of action is the kitchen of a popular London restaurant visited by thousands of people every day. That’s why the staff must work orderly and efficiently, which becomes the cause of tension and conflicts. In urgent cases the waitresses and cooks often neglect their needs and this always has its consequences. The diverse characters and relationships build a Babylon of a kind. Vladimir Lyutskanov’s performance lends it a full-blown and dynamic mood. In it one can see well-established actors of the Youth Theatre’s company alongside its new faces. The performance is a part of the “RE:” programme marking the theatre’s 70th jubilee. It presents new performances of important texts of theatre’s history. “The Kitchen” was performed on its stage in 1973 by Nikolay Lyutskanov – it was a landmark performance of its time running for more than ten years.