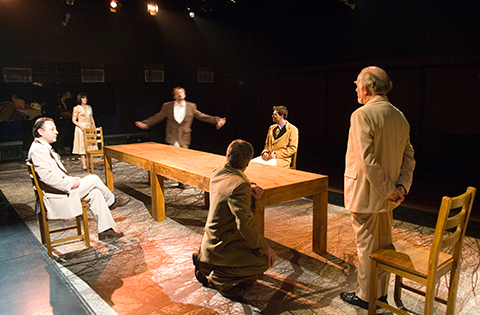 “The Wood Demon” is among the earlier and not so popular Chekhov’s plays. By choosing it, the director Vladimir Petkov takes the chance to pass by and overcome the traditional ways of interpreting Chekhov and his characters. At the long, long and empty guest table in the estate of Prof. Serbryakov many people come and sit in the same frozen pose. Among them is someone who fights the monotony and pointlessness. And everyone calls him “the wood demon”.