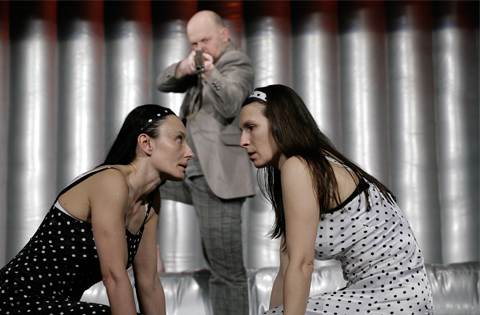 Javor Gardev staged “Valentine’s Day” for the first time in 2008 and it turned out to be one of the season’s most successful performances. It brought together several strong talents: the author who is one of the outstanding representatives of the new Russian drama; some of the most remarkable actors of Bulgarian stage and the original approach of director, set designer and composer.

Valentina and Katya live together in mutual hatred but they cannot separate. This is the only way they can keep alive the memory of their beloved Valentine. The story of the love triangle imperceptibly proceeds from past to future, merges realities of memories, dreams and the present. An unusual melodramatic farce and a performance widely accepted by both the audience and the critics.