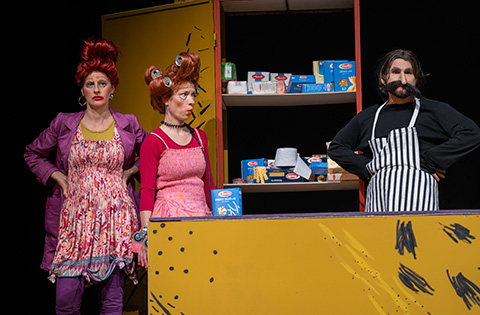 “We won’t pay! We won’t pay!” is perhaps Dario Fo’s most famous play. It was written in 1974 as a farce in which the residents of a neighborhood revolt against the ever-increasing prices in the local store. You can get whatever you want from the store. Such a rumor spreads around the neighborhood and people storm together the supermarket. Director Teddy Moskov creates an author’s version of the play in his characteristic theater of improvisation with a lot of grotesque, clownish scenes, comic situations and absurd clashes.