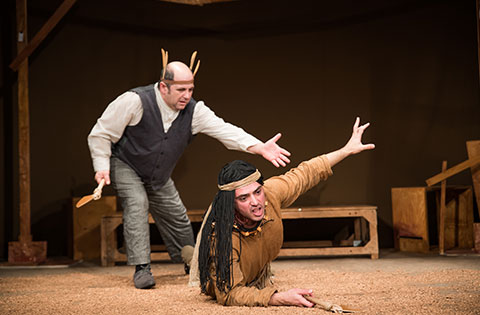 The performance is provoked by the film “Little Big Man,” directed by Arthur Penn and starring Dustin Hoffman, one of 20th-century westerns of universal recognition. It is about a little man whose odyssey makes him big. Director Tedi Moskov and the cast transform the clichés of the western genre into an inexhaustible source of stage acting and improvisation.