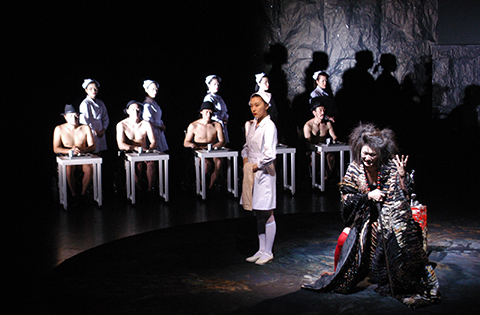 Tadashi Suzuki is a theatre director, writer and philosopher, founder and director of the Suzuki Company (SCOT), organizer of Toga Festival. He is creator of the Suzuki Method of Actor Training which he will present in an open rehearsal at NATFA and in conversation with the audience. His
work has a powerful influence on theatre everywhere. Suzuki’s activities, both as a director creating multilingual and multicultural productions, and as a festival producer bringing people from throughout the world together in the context of shared theatrical endeavor, reflect an aggressive
approach to dealing with many of the fundamental issues of our time. Tadashi Suzuki will receive an honorary Doctor Honoris Causa of NATFA.