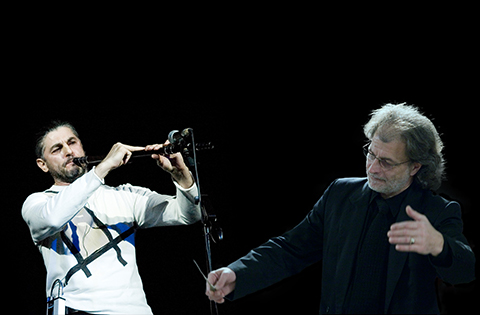 They call Theodosii Spassov the kaval player of the world. In 1995, Newsweek magazine placed him among the most talented musicians in Eastern Europe. He has developed his own signature playing style as in his renditions and own compositions he makes an incredible synthesis of traditional folklore, jazz and classical music. Apart from a virtuoso kaval performer, Theodosii Spassov is also famous for his original ideas for which he brings together musicians from different genres. This concert features some of international theatre festival’s friends: the Varna Chamber Orchestra and Gancho Ganchev, the conductor who knows no limit in styles. They offer a blend of Theodossii Spasov’s unearthly feel of sound and classical instruments.