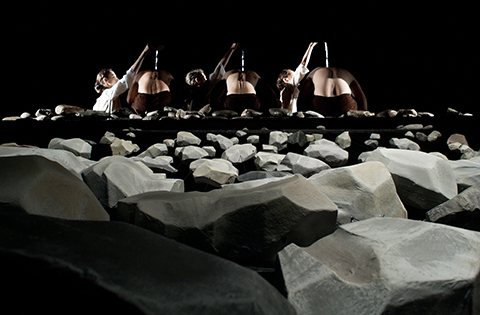 A legend has it that someone must be sacrificed and laid in the foundations of a bridge so that it will remain indestructible and everlasting. Master Manol immured Neda, the love of his life. Where is the boundary that is not to be crossed in the name of creation? The subjects of creative work, love and sacrifice are intertwined into an interesting narrative presented as a combination of rhythm, music, dance and theatre. “Immurement” is a performance by the director Veselka Kuncheva and choreographer Marieta Golomehova who are one of the new faces of contemporary Bulgarian puppet theatre and its borderline forms. “Ikar” Award of the Union of Bulgarian Actors for best puppetry performance and best music.