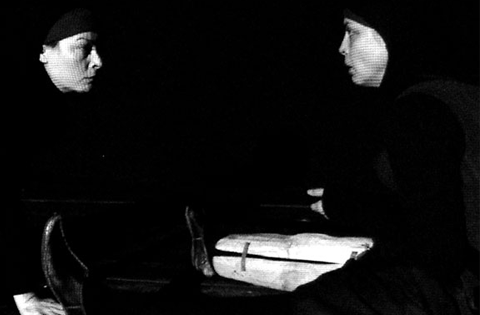 PARTS OF THE ENTIRE

Author: After themes by Yordan Radichkov

Jordan Radichkov (1929 – 2004) is amongst the most original and ideosyncratic Bulgarian authors. His plays, entwining traditional mythological elements in contemporary parables, have been staged many times and have the authority of modern classics. The performance by the debutant Stilian Petrov is an original approach towards themes of Radichkov’s writings, inspired by their poetics and unusual imagery. In the spirit of magic realism the plot intersects worlds from “here” and “beyond”, finished and unfinished stories. Winner of the UBA’s 2005 award for best theatre début and has a nomination for best music. Delyana Hadjiyankova is nominated for “Askeer” 2005 for best actress in a supporting for the role of The Forgetful Woman.

Words turned out to be the most restricted possibility to communicate with Radichkov. The connection and the dialogue with his world demand more on the senses – it asks you more to feel, than explain. Like every other great encounter – it happens to you, you memorize it in every single detail, and then you feel a kind of lack, a kind of imperfection in the uttering takes place.
Stilian Petrov