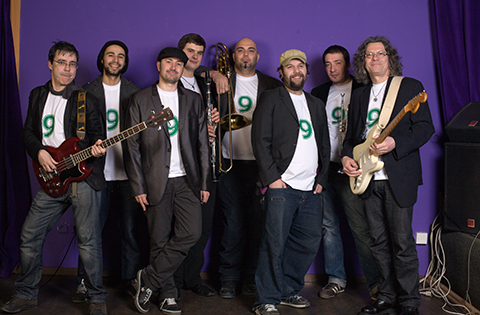 STEFAN VALDOBREV AND THE NATIONAL TEAM

Balkan rhythms, gypsy motives, circus marches, jazz improvisations, Latino beats, classical preludes and the most popular songs of the actor and composer Stefan Valdobrev. Together with some of the most popular jazz musicians and actors gathered as a “national team”, the concert presesents Valdobrev’s music for film productions, theatre performances and pop albums.
Stefan Valdobrev has written music for more than 70 stagings, 10 motion pictures (“The World is Big and Salvation Lurks Around the Corner”, “Dog’s Home” a.o.) and 6 documentaries.Six albums have been released with his music.
With the financial support of Bioprograma.