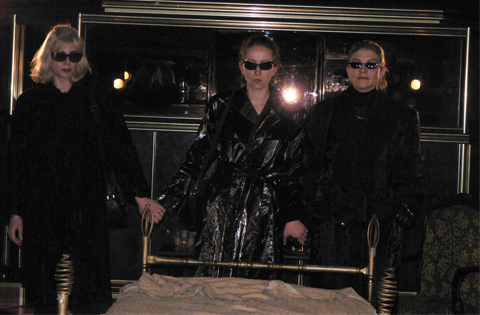 THE MEMORY OF WATER

Shelagh Stephenson is one of the most distinguished representatives of the new British drama. She has written five radio plays for BBC. “The memory of water” is her first play for theatre stage. Its premiere took place at “Hempstead Theatre” – London in 1996, and in 2000 it won the Oliver award for best comedy.

The scientific hypothesis that water may possess a form of memory is the main metaphor in the play. With a specific sensibility to the peculiarities of human nature, the plot follows the reactions of three sisters to the death of their mother and the ways she has marked their life. Intense and witty dialogue, loaded with an unusual sense of humor and keeping suspense from the beginning to the end.

Krassimir Spassov staged the play for first time at the National Theatre in season 2000/01 and this is his second interpretation of Stephenson’s text. His directing is marked by a fine sense of character’s psyche, original scenic approach and remarkable erudition. K. Spassov is a professor of Acting and Directing at National Academy for Theatre and Film Arts.

This is a story about the effort to attain “memory” for family belonging, for a native home, for family extension.
Krassimir Spassov, director

Stephenson is a master of bitter humor. She is a real discovery.
“The Guardian” Newspaper