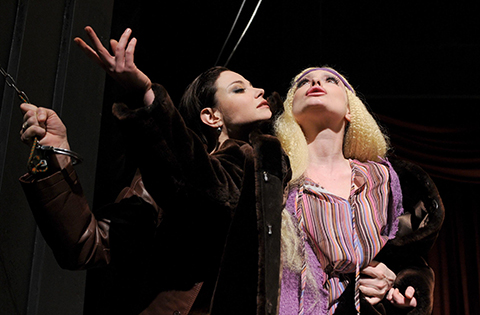 THE TAMING OF THE SHREW

Someone is watching theatre for the first time and asks What is a play? The actors answer by performing the farce in which Petruchio tames the shrewd Katherine. The theatre phenomenon Marius Kourkinsky, as he is usually described, gets wrapped again in the vehement theatre of Shakespeare. The performance is under the power of Kourkinsky’s distinctive style of unabated humor on the border of burlesque and grotesque to which the actors render with their most energy and talent.