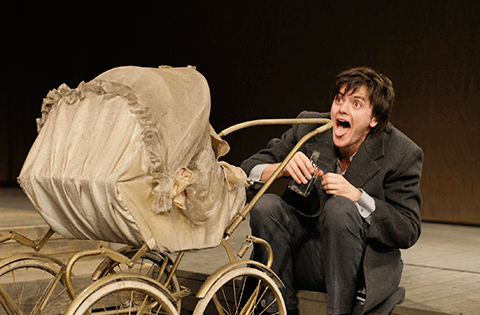 Director of Chekhov’s masterpiece “Three sisters” is the great Russian actor and director Armen Dzhigarhanyan. He has played more than 250 parts in the movies and on television. From the mid 90s he manages his own private theatre in Moscow. In the performance the director has used a very early draft of the play, before the last final corrections of Chekhov were made. IKAR 2011 nomination for supporting role – Borislav Vejenov.