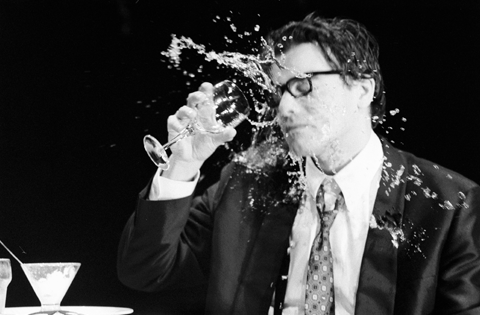 After texts by Pier Paolo Pasolini and Cor Herkstroeter

Johan Simons is one of the most distinguished contemporary theatre makers. After having staged in a number of European theatres, now he has been invited as artistic director of NT Gent in Belgium. He is founder of the today legendary ZT Hollandia acclaimed by the critics as one of the boldest theatre companies, famous with their site-specific projects. “Voices” is created in 1997 with Jeroen Willems, who is one of the most popular Dutch actors. It uses texts by Pier-Paolo Pasolini to portray four contemporary kinds of leaders, mixed with documentary speeches by the former Shell Inatrenational’s chairman. The performance is a part of the cycle “Morality of Power” and has been awarded at many international theatre festivals.

“We want to show how someone’s ideas and views maybe influenced by his position… The intellectual would probably behave differently if he were to head a multinational.”
Jeroen Willems

in English with Bulgarian subtitles