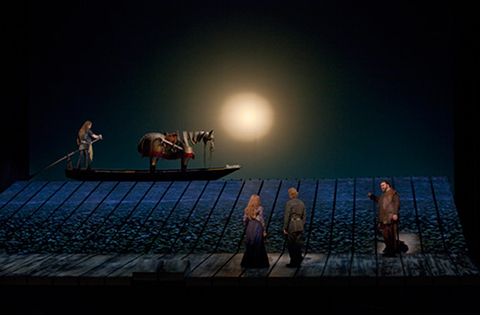 One of the world’s best directors, Robert Lepage, has joined forces with Metropolitan Opera in New York for one of the most important performances in its history, the staging of Richard Wagner’s monumental work The Ring of the Nibelung. The stage effects needed for the cosmic tale of gods and mortals fighting for power and ruined by their own greed are really spectacular: fire storms, flying warriors, underwater and sky scenes. Wagner’s Dream traces out Robert Lepage’s 6-year creative process in which he was joined by some opera stars of world renown such as Deborah Voigt, Jonas Kaufmann, Bryn Terfel and others. A film that will arouse the interest of opera, theatre and film fans. By the screening of this film the International Theatre Festival “Varna Summer”, in partnership with So Independent Film Festival, joins the initiative marking the great composer’s 200th-anniversary.