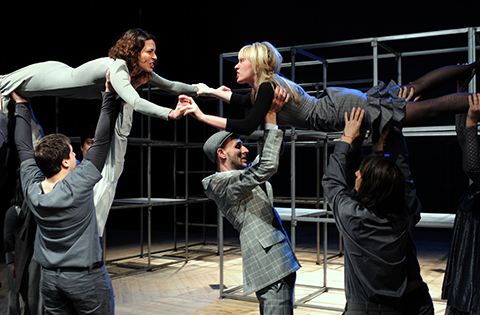 One of the doyens of Bulgarian theatre Julia Ognyanova creates a performance dedicated to the memory of the acclaimed Bulgarian poet Konstantin Pavlov (1933 – 2008) who has had a powerful influence on modern Bulgarian poetry and culture. His life in time of socialism was full of vicissitudes. He was even put under ban to work and be published for 10 years. His verse, interviews, as well as his files from Secret Service and own archives are blended in a performance, which questions the fate of the Bulgarian artist in the second half of the XX century and conveys the surrealist and absurd feeling of the period. The director Julia Ognyanova takes the position of its witness. In 2009 she was awarded with the Ikar 2009 Award for lifetime artistic achievements.