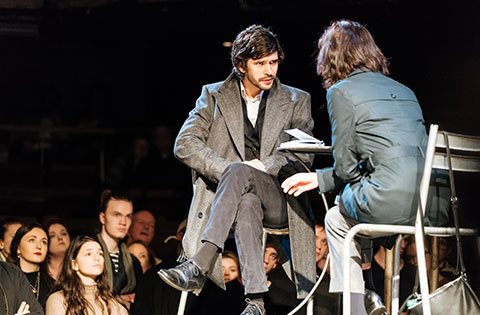 Caesar returns in triumph to Rome and the people pour out of their homes to celebrate. Alarmed by the autocrat’s popularity, the educated élite conspire to bring him down. After his assassination, civil war erupts on the streets of the capital.

The whole Bridge Theatre’s auditorium is transformed for Nicholas Hytner’s promenade staging that makes the audience become a part of the dynamic action. Ben Whishaw (The Parfume, The Danish Girl, Skyfall) and Michelle Fairley (Game of Thrones) play Brutus and Cassius, leaders of the coup, in this breathtaking political thriller broadcasted from Bridge Theatre in London.

The screening is part of NT Live programme. It is organised by Cinema City in partnership with British Council and with the support of the Culture Programme of Sofia Municipality.