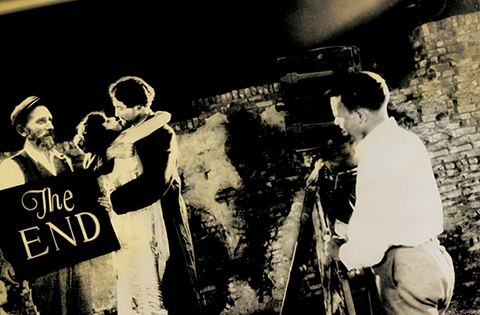 The Bulgarian audience has again the chance to watch performances of the National Theatre in London live broadcasted to over 200 cinemas in more than 22 countries. In that way a worldwide audience watches the shows together with the audience in the theatre house in the British capital. The new play by Nicholas Wright “Travelling Light” is an amusing and enchanting look on the East European immigrants who became main players in the Golden years of Hollywood. In a remote village in Eastern Europe, around 1900, the young Motl Mendl is entranced by the flickering silent images on his father’s cinematograph. Bankrolled by Jacob, the ebullient local timber merchant, and inspired by Anna, the girl sent to help him make moving pictures of their village, he stumbles on a revolutionary way of story-telling. Forty years on, Motl – now a famed American film director – looks back on his early life and confronts the cost of fulfilling his dreams.

The live broadcast of National Theatre performances is a part of the global programme NT Live which is realised in Bulgaria thanks to the partnership between British Council Bulgaria, Cinema City, World Theatre in Sofia Programme of the International Theatre Festival Varna Summer, Sofia Municipality, Metroreklama and Programata Cultural Guide.