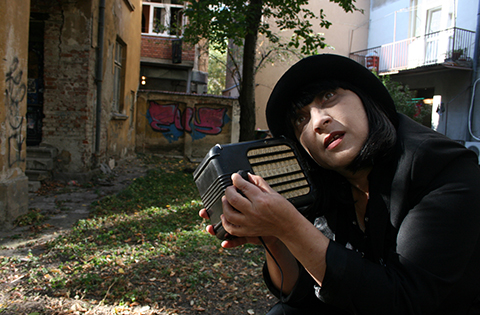 With A Small Radio the actress Maya Novoselska who is also the co-author of the performance gives yet another proof of her rich and intriguing talents. Together with the director Stefan Moskov they revisit their favourite character, the so-called “little fellow” or “common man” we know from the films of Charlie Chaplin and Federico Fellini, creating a touching and complex character full of their trademark playfulness. Her character wanders amid street and poetic images, the comic and the philosophical, the actual and the dream living.