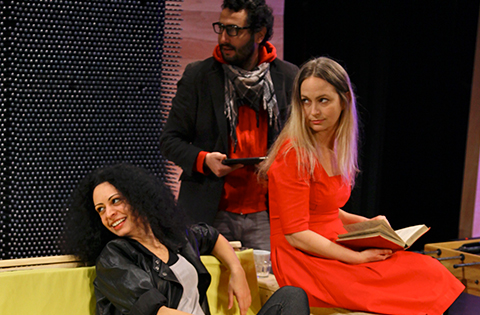 AN ENEMY OF THE PEOPLE

“An Enemy of the People” is a socio-critical drama by the modern classic and in-depth analyst of public morals Henrik Ibsen. In a thriving Norwegian town the medical officer Dr. Stockmann makes a startling discovery: the water in the famous resort on which the prosperity of all depends is contaminated. He wants to publicly announce his discovery but his brother, a municipal councilor, who sees his interests threatened intervened to turn public opinion against Dr. Stockmann. For the young, but already well-recognized, director Kris Sharkov “An Enemy of the People” is a social satire, political thriller and family drama in one. He intensifies and updates the play as much as possible by posing the main problem: what chances truth and personal freedom stand in a society fully dependent on economic interests?