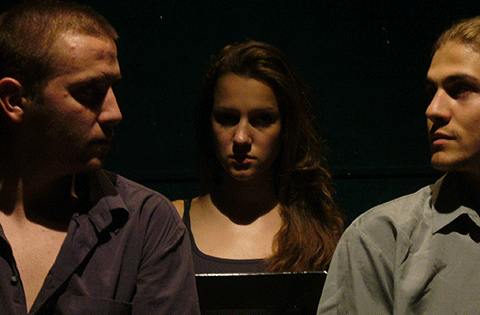 by Harold Pinter
Stage adaptation and directing: Dimana I. Pejcheva

An attempt by the young student in Directing for Theatre Dimana Peycheva, based on one of the texts by the Nobel Prize winner Harold Pinter. The play tells the story of three people, connected by friendship, family and love. In a period of 9 years they destroy all their connections due to weaknesses and bad circumstances. Fear, hypocrisy, self-betrayal and lack of decisiveness bring into the lives of the characters compromise, lie and frustration. The action unfolds backwards – as if in a movie.